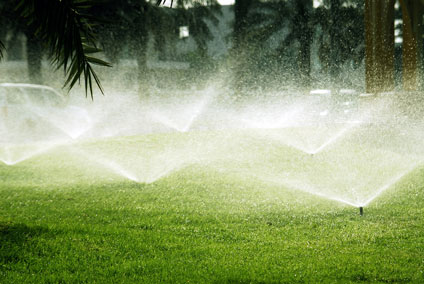 Residents and businesses in Murphy are scheduled for yet another bonus watering day during the week of Aug. 25 as the City temporarily suspends the twice-monthly watering schedule, says City Manager James Fisher.

... “Allowing the additional day gives us a chance to keep the water in our system moving, and that’s important for a number of reasons.”
Residents with addresses ending in an odd number may water on Monday, Aug. 25, a day that is not on the schedule for them. And, residents with addresses ending in an even number may water on Wednesday, Aug. 27, a day that would normally not be one during which watering was allowed.


“These bonus days do not negate the need to maintain the proper watering times,” added Fisher. Watering is prohibited after 10 a.m. or before 6 p.m. to avoid the hottest part of the day during which evaporation is most likely.  Stage 3 seasonal restrictions, which limit watering to twice a month, are in place until Oct. 31. These restrictions apply to all automatic sprinkler systems.

While water conservation is critically important, Fisher says that the effects of using less water results in placing the City of Murphy in the unusual position of having water linger in the storage system longer than normal.  “We need to move the water in our storage system to maintain the system at its peak level of efficiency,” he said. “The residents and businesses in Murphy have done what we’ve asked, and that has put us in this position. We’re actually pleased to give something back for their support of our water conservation efforts.”

Posted by JTOden Realty on August 22, 2014 No comments: Links to this post

We got a cool little postcard in May... I don't think I was one for the end of summer.  Since we are in these restrictions apparently until Noah builds another ark, here's the city's guide to keeping you from getting a fine!

Posted by JTOden Realty on August 19, 2014 No comments: Links to this post

Keeping Your Documents Safe (Backup often and offsite and with security)

Posted by JTOden Realty on August 13, 2014 No comments: Links to this post