The United States has many historical figures that have achieved notably and well represent the African American community. From current figures like Bill Cosby, Michael Steele and President Obama to historical figures like George Washington Carver, MLK, and Harold Washington the country is ripe with black achievement. This February, I'd like to blog about noteworthy black TEXANS. 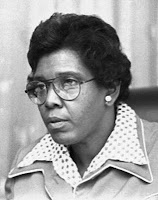 Barbra Jordan. Ms. Jordan served as a congresswoman in the United States House of Representatives from 1973 to 1979. She was the first black woman elected to that post from Texas.

Daniel Webster (80 John) Wallace.
Mr. Wallace was a cowboy, born into slavery, worked
until his freedom was secured and died Texas'
first Black Millionaire.
Posted by JTOden Realty on February 10, 2010